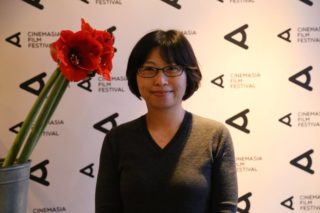 Small Talk (日常對話) is an intimate portrait of the relationship between Taiwanese filmmaker Huang Hui-cheng and her mother. The film mixes footage Huang collected over the course of twenty years with conversations between the two of them sitting at the dining table slowly opening up towards each other. Over the course of Small Talk issues are explored that had remained unspoken between the two of them, and society at large, over the past 30 years, like the domestic abuse they both suffered and the fact that Huang’s mother is a lesbian. After the screening of the film on the 7th of March 2018 at the CinemAsia festival, director Huang Hui-cheng was kind enough to sit down with ChinaCreative team members Zoenie and Rowan to discuss her work.

Could you please tell us how you became interested in filmmaking?

Actually, as I didn’t go to school as a child I spent a lot of time watching TV and I suppose this is when it really started. Taiwanese cable has really a lot of channels, so instead of sitting in class I could watch many films and I also enjoyed watching HBO. I was first introduced to documentary as a film form in 1998. Even though I watched a lot of TV it was almost only fictional shows and films. But in 1998 a documentary maker visited our family because we practice traditional soul guiding at funerals and he wanted to document this tradition and our lives. Whilst he was filming I asked him all kids of things about filmmaking. I soon came to realize I could also make a film. So then I bought a small camera and started documenting things. I never really formally studied filmmaking but through a local public adult education institute I followed some basic courses in how to operate a film camera and use basic editing software, there was no training in film theory or aesthetics whatsoever. In my early twenties after having learnt the basics of filmmaking, I started working for a workers rights NGO. There I really discovered the potential of film as I worked on documenting the stories of migrant workers in Taiwan. These films were screened in schools and community centres. It was also really from this practical experience that I learned filmmaking. So during my twenties I was working for NGOs, and then after that I started working for the Taiwanese documentary makers union.

How did your background in making socially engaged films shape this very intimate and personal film?

Making a film is always about expressing your emotions, and for this film that really was the main goal. But whilst making this film I also hoped that it could be screened in public and reach a wider audience, and not just remain a personal endeavour, but also have some societal use. As our private histories were being filmed and then publicly screened to become part of a public discussion, it simultaneously really helped the relationship between my mother and me. After seeing the film, audience members would come up to my mother and thank her for sharing her story, which she greatly appreciated. In a society where we are traditionally not supposed to reveal private exchanges and keep all the bad things inside, this film offers an opportunity to be more open with each other and face our struggles. 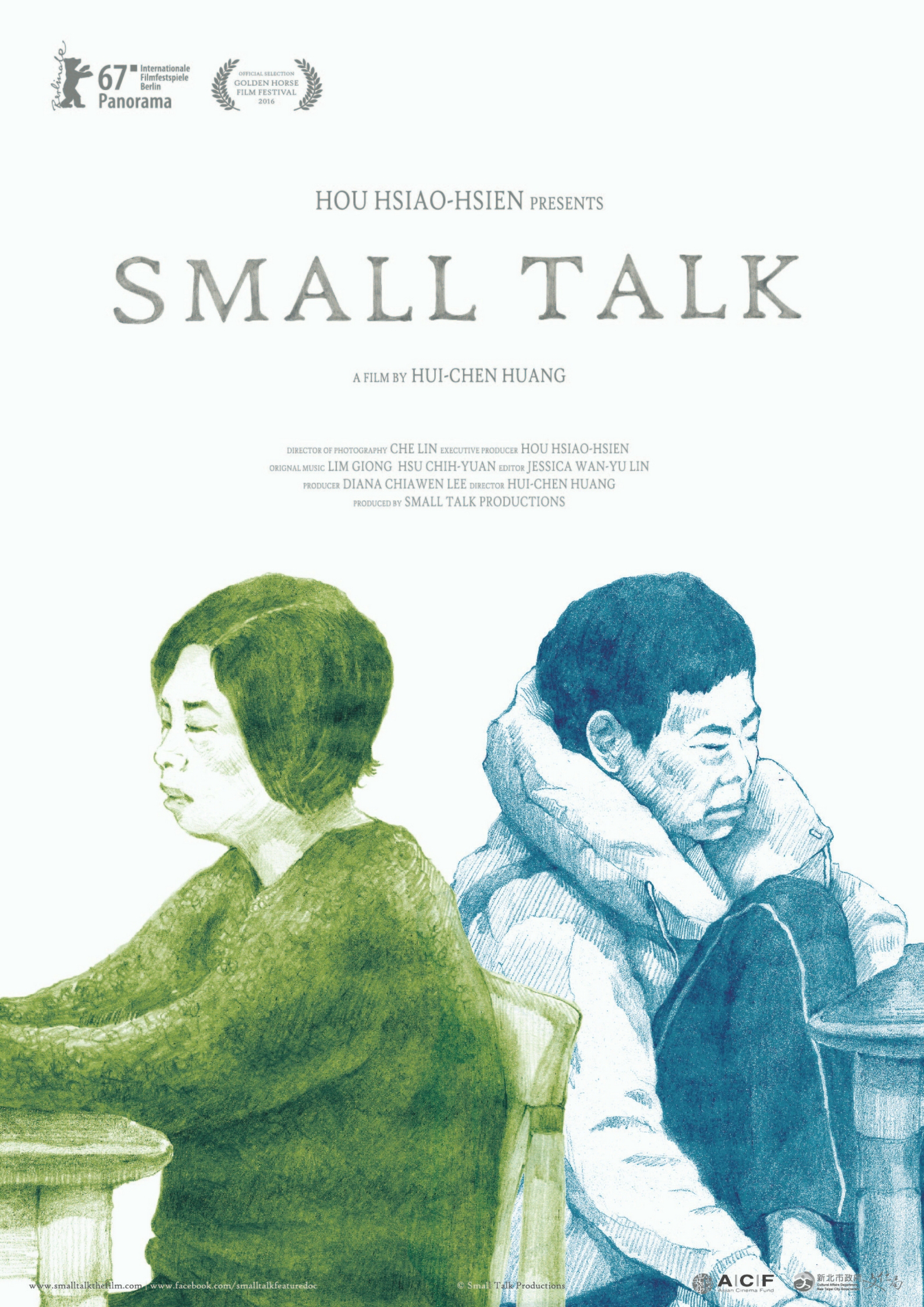 Why did you choose for this specific way of unfolding your story?

This film is not only about reconciliation between me and my mother, but also between me and my past, and my mother and her past. When thinking about how to best tell this story, I also considered telling the story through animation or a re-enactment, but I felt this could turn out really poorly if not done well enough. Many people feel it is very hard to face something this painful from their past but I was actually glad I could do it because it is so important. I started shooting this film in 1998 and I dragged the project on for an extremely long time because it was such a big issue and I really had trouble finishing it. Then several years ago I gave birth to my daughter, and that really was the great motivator to finish the film and move on from the past.

The film is titled Small Talk, yet it deals with such big matters?

Everyday we engage in small talk but this does not mean that the issues discussed are not important. Also, my mother and I started from not talking at all, so to move to small talk already was a big step.

How did your mother feel about the final film?

The first day after the premier of the film my mother knew I was very nervous, so the first thing she did was cook dinner, in itself this was not special as she usually cooks dinner, but she served the food and said things in a very gentle manner and tone. I was very surprised because this was the kind of treatment usually only reserved for her girlfriends, not me. She kept up being this gentle for about a month.

The film also features your nieces, one of which was still undecided on her opinion about LGTB rights. Has the film in any way affected her opinion?

The main concern of my nieces was how they looked on camera, and the actual film did not really make that much of an impact on them. One of the nieces already was very supportive towards LGTB rights, but the other still feels a bit conflicted about the issue. But when asked about her grandma, she does not feel she is weird in any way.

Do you think there can also be some kind of personal closure with these issues whilst the film remains in public and you keep talking about it?

I don’t really feel you can simply pack up your past, good or bad, stow it away. For me revisiting the film helps me understand what has happened better and in a clearer manner, and allows me to coexist with it in a better way, but I don’t think it can just be over.

Most of your very intimate dinner table conversations are filmed by a third person, who is absent from the story. Who was this and what kind of role did this person play in the process?

This was somebody with whom I had collaborated before from the documentary makers union and works with several social movements. He doesn’t have any relation to my family and was as a stranger in our home. The most important thing with having somebody do this, was not the technical abilities but whether or not their presences would be accepted. I was very lucky to know him as he is a very open and sincere person and has the patience to just listen.

Finally, could you please tell us how you understand the idea of creativity and what this means for you in making documentaries?

I think we are very fortunate to live in this age. Without receiving any education on filmmaking it is still possible to creatively express yourself. In Taiwan it is easy to take classes on how to write a script, or how to make a film, or documentary, but I think there is no real way to teach creativity. It’s not like making a choice out of some pre-determined set of types with clear instructions. There are no real rules to creativity. If there is something you feel really strongly about and want to express, you will find your own creativity to express this and bring it forward.