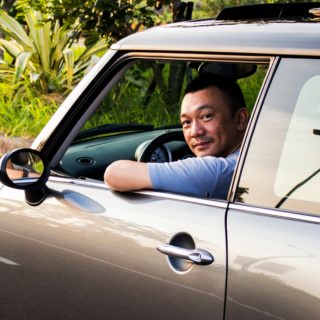 The Great Buddha+ (大佛普拉斯) is a dark comedy about a trash collector and night guard in a Taiwanese village who peer into the colourful world of a local businessman through his dashboard camera footage. Director Huang Hsin-yao was in Amsterdam to screen his film at the CinemAsia festival and sat down with Zoénie and Rowan to talk about his discomfort with the world, reality, and what happened before the big bang.

There are many uncomfortable aspects in life, and creating things can relieve this discomfort, that’s why I make films. As I can’t paint or write songs, filmmaking is a way for me to communicate with the world. I started making documentaries when I was 28. These days many young people start making films during school and university so for this day and age I started of pretty late. The documentaries I was making at that time were produced for an NGO, but after a while it left me with an empty feeling, which came from the fact that the NGO was mainly about having discussions and doing research, rather than working on the site. So I left and went to study documentary making. As I studied documentary making I began to see myself as a creator, not as a film director. Whilst creating documentaries I slowly found that some troubles could be relieved by making films. I hoped my product each time could be different. For more than ten years I made documentaries, after so many years of documentary making it was time for a change and new challenge, so I switched to fiction film.

What is it about the world that makes you feel uncomfortable?

For me this discomfort comes when you know the down side of the world. For example, I have never been very good at studying, but I exist in a society where you are judged on your performance in school. So from a young age my life was caught up in a process of negation and I was very rebellious, which didn’t improve things. Being always negated I eventually started to negate myself, and I felt very uncomfortable with myself. After graduating from high school I started to work, all sorts of jobs, these were all low-end jobs and in this work you receive a lot of bad treatment. Stuck in this kind of work it is very hard to see a future for yourself. You know that with this background and this position there is no way out. So really from school onwards and whilst I was working I felt really uncomfortable. So you begin to ask yourself what your existence is for. As I became older and started making documentaries there were some things I could let go, I could let go of my own issues but when I saw similar issues in the lives of others lives I could not let it go, and it made me want to curse. It makes me feel that human society is a very bad society

Several of the protagonists in The Great Buddha+ are in the desperate situation you describe, and in the film you treat their plight with a fair amount of humour. What motivates this approach?

Belly Button, who recycles garbage, knows that he has no future, so how could he continue to live on? A person might choose to drink everyday to numb themselves, or to engage in self-ridicule. Either way this existence has no exit, so just laugh about it. As the heavens pulled this joke on humanity so we can laugh at the heavens about it.

As a documentary maker there seem to be to moments where you wink towards that genre of filmmaking, when there are comments about the supposed truthfulness of all images and some remarks about shaky cameras. Could you please elaborate on these two instances?

I can elaborate on the issue of reality of the dashboard cam and that of documentary separately. Regarding the dashboard cam. How do we judge reality, from what we see or from what we hear? The dashboard cam to me is interesting because it records two very different things, the images from outside of the car, and the audio from inside the care. Outside of the car is a public space and inside it is private, which one of these is real? The dashboard cam delicately weaves these two spaces together. I like to see it as a wormhole connecting two heterogeneous spaces. So you can consider which one is real, the image, or the sound? but actually when you put these two truths together they will create something fictional. As for documentary, I think the reality of documentary is the subjective reality made by the filmmaker. The director decides what to film, where to put his camera, construct the frame, how to edit. There is no such thing as an omniscient director. When I make documentaries I let the audience know that it is all constructed and I treat it like a book where after reading the audience have their own ways to read and interpret it.

Most of the film is in black and white, yet the dashboard cam footage is coloured? What’s the idea behind it?

There’s a long story behind the choice for black and white. The film is supposed to be fairly realistic and as a whole. I started using colour, but then it just felt to real, so the choice for black and white was to create a distance to the film and remind the audience that it is a fiction. In Taiwan there are many gossipy tabloid magazines and I occasionally take a look at these magazines and feel myself to be a bit of a voyeur. Voyeurism is related to imagination. When the characters in the film watch the dash cam footages, they use their imagination to picture another world, a colourful world.

We really enjoyed the dramatic ending of the film, which was quite out of line with the rest, does the woman survive?

Generally speaking a filmmaker will aspire to immerse the audience into the film. But with this film from the very beginning there is a narrator, which in a way pushes the audience out, reminding them that this is only a story, a fiction. But in the end with the repeated banging, I attempted to slowly pull the audience into the filmic world. At the very end, as we here the noise, the screen goes black and as the inside of the statue is also black the audience becomes immersed with the perspective of the film. There is a message to convey and that is that life is circle, and it seems like we are watching other people’s life stories.

As for what happened, there are a lot of accidents and incidents in life and I don’t really know what happens outside of what we see on the screen. There is a lot of confusion in life and if you investigate it thoroughly you find it is a bit of a mess starting from the beginning of life. Just like scientists say the universe started with a big bang, who knows what there was before the big bang, sometimes there is no point in constant searching because in the end you might find nothing.

How do you understand the notion of ‘creativity’ and what does this mean in your filmmaking.

I’ve not considered this issue. 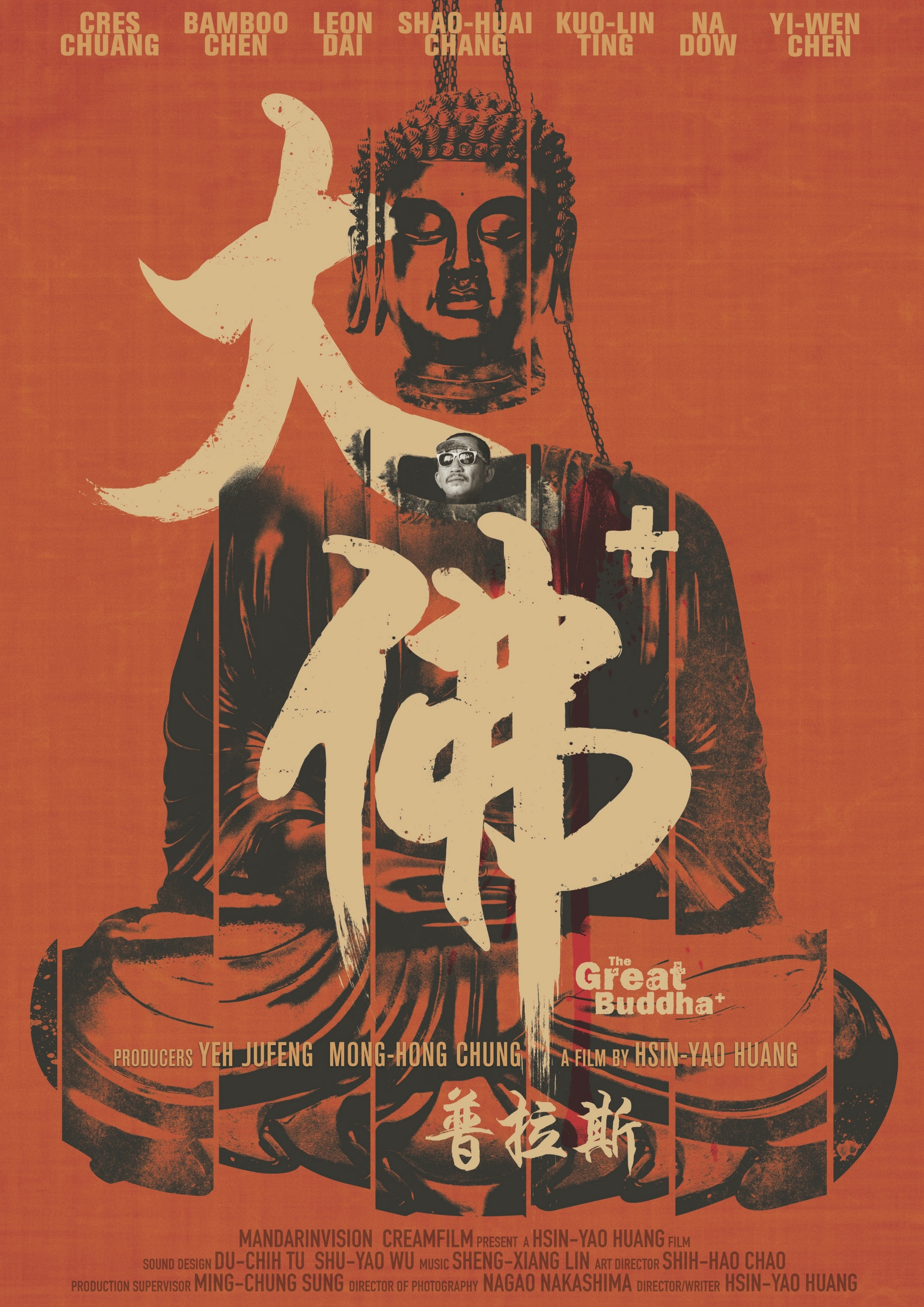