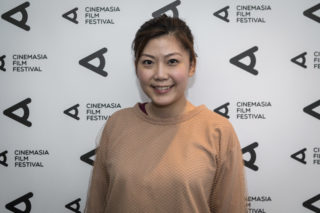 Thursday 8th of March 2018 CinemAsia screened the world premiere of New Turn (轉彎之後), a bright and upbeat road movie about a young woman from Hong Kong who makes a bicycle trip around Taiwan in search of her twin sister from who she was separated at birth. First time director Doris Wong was in Amsterdam for the screening and was kind enough to spare some time to speak to Laura and Rowan.

When I was at Hong Kong University my major was comparative literature and this included some film studies classes, and that is how learnt more about film. I watched a lot of movies, wrote a lot of papers about movies and that’s how I fell in love with film. I also started making some student films in university. After graduating I spent three years working in all sorts of industries, real estate, art galleries, all sorts. Even though I wanted to make films, the reason why I didn’t go straight into the film industry after graduation was because many people told me the film industry was too tough, especially for a young woman. So this turned me away, but after three years I was like, I should just do it, and I did a master degree in filmmaking, and things just rolled on from there. 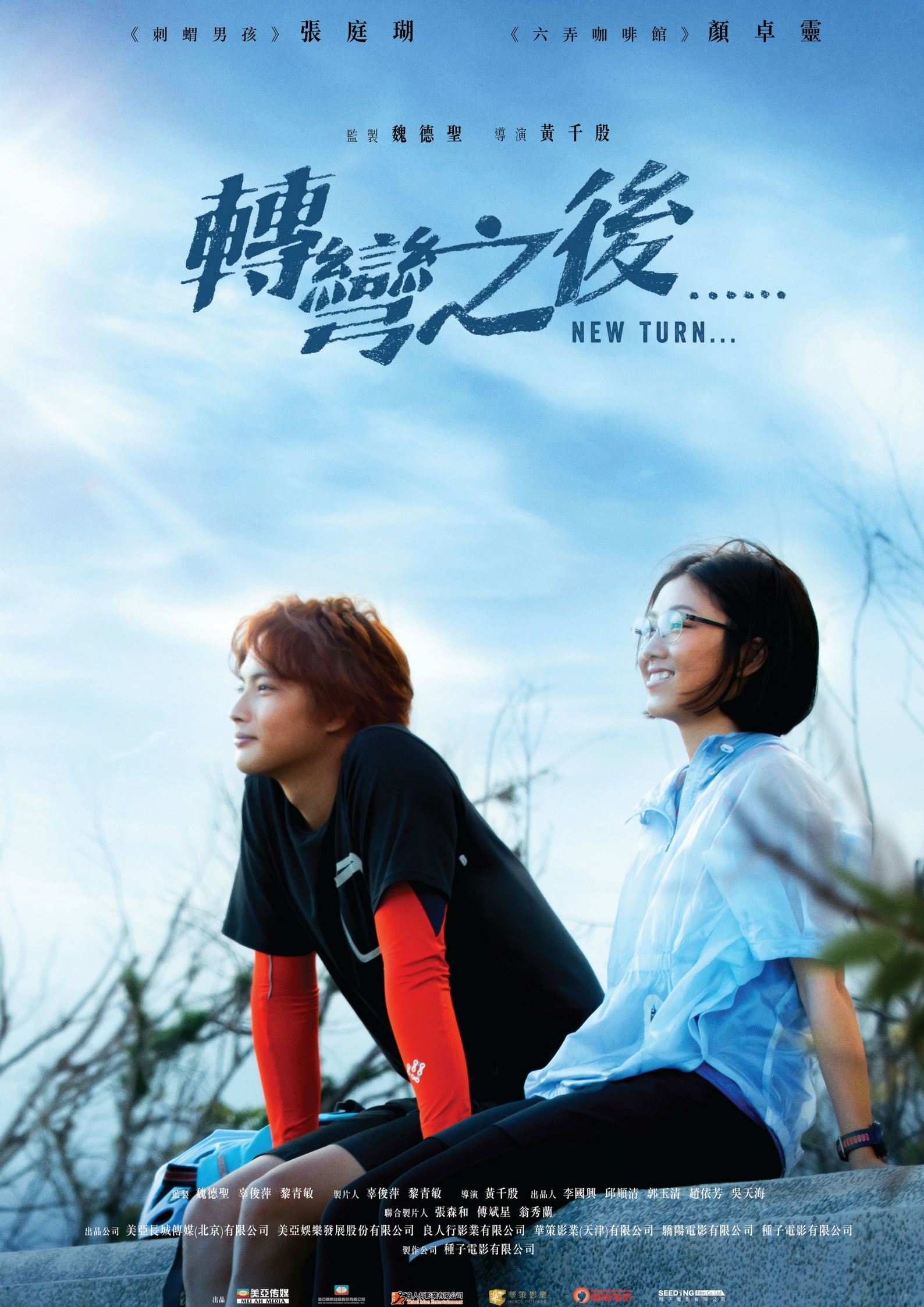 How did you come to make this film about cycling in Taiwan?

Actually I had always though that my first film would be made in Hong Kong, but things turned out differently. When I was studying for my masters degree one of my school friends made this cycling trip round Taiwan and told me about it. I had not heard of this before and was interested in it. It just sounded like a great idea to explore a country and explore yourself. After some time I also decided to make this journey. It’s a very popular activity and it is physically very demanding, especially as a not very sporty girl. It really challenges both your mind and your body, and is really hot in the summer in Taiwan so it is very challenging. It took me two weeks to complete, just as long as it takes the protagonists in the film. I was always interested in making a film about travelling, because it is a great experience, you meet a lot of different people, and it can change your life forever, like it did for the characters in the movie, so my trip was really a great starting point to make this film. That’s also why we called this film New Turn the Chinese title 轉彎之後 actually translates as “after making a turn”, so these 4 characters meet at this turning point and make a new turn in their life.

The producer of your film Wei Te-shen, is a very popular filmmaker in Taiwan. How did you get him to participate in your film and what was his role in the production?

We Te-shen is the executive producer of the film and he was involved in many aspects of the process. He himself also made this trip around Taiwan, but walking. It took him about two months to walk around Taiwan. I didn’t know he had made this trip and when I presented him with this script he had just finished his trip, and he liked the script and that’s how it started. He was actively involved in rewriting the script. He also gave me a lot of advice, and a lot of the crew on New Turn, like the director of photography, are crew members he worked with on previous films.

Was there anything specific about being a young female filmmaker that shaped this film?

Actually when we were making this film, a lot of the people involved said that the main character A-lan was actually me, as I also wore glasses and had short hair. As a female director it might be an advantage to relate with my female protagonists that’s for sure. As a young female director in the film industry it is quite challenging to gain trust in your ability to make a film in the harsh film set environment. But I am lucky that I could make this film.

How does your film relate to other travel films made in Taiwan.

Films have played an important role in popularising biking around Taiwan. New Turn is many ways a lot more optimistic than other travel films and we wanted to tell the story in a very upbeat mood. Actually as a travel film Little Miss Sunshine was a great inspiration, I really wanted to tell something meaningful in a light-hearted way. The target audience for this film was young people and if we talk about something serious, in a serious tone they will not be that interested, so we choose this direction for our story.

About the characters in your film, New Turn features two young women from Hong Kong, a handsome Taiwanese surfer, and a Mainland Chinese man. The mainland character is in many ways the odd one out, he is clumsy, chubby and snores. Are the characters common stereotypes of people from China, Taiwan and Hong Kong? And what was the idea behind creating these particular characters.

They are all combinations of different characters. The four characters each have very different characteristics. It is not really about stereotypes of nationalities. Some small things about the mainlander are specific like he doesn’t know what Facebook is. But we just wanted to create four distinct characters. Perhaps the audience have a different idea about the characters and stereotypes. Although Qingtian, the ‘pretty girl’, is often referred to as a princess, and in Hong Kong we have something called a ‘princess syndrome’. Many Hong Kong guys think a lot of Hong Kong girls have this syndrome, they think they are demanding and materialistic, so that’s why we choose to put in this character. As you might have noticed the Mainland Chinese guy and the pretty girl they are a match and serve as a comic couple and add some humour, the love-hate kind of couple.

What motivated the choice to not make any of the ‘couples’ fall in love during the film?

We wrote many versions of the script and one of the versions included more love elements but we thought there were already too many things going on in the film, and my main goal was to make a film about exploring yourself, so we decided to focus on how the characters deal with their personal issues, and many of the other elements we left to remain in the background, so we removed the love elements.

Could you please talk about what kind of audience you had in mind making this film and how this shaped the product.

The films main audience is students. University and high-school students and recent graduates in their twenties. This was the producer’s consideration about the box-office potential, as it is mainly young people visiting cinemas in Asia. So that was a commercial consideration. As a result the music is very upbeat and we didn’t want to make the tone of the film to serious. Of course there are young filmgoers that have a different taste, but commercially it makes more sense to make a happy upbeat less serious film, whilst at the same time dealing with serious topics like exploring yourself and dealing with grief. So we wanted to combine this fun feel with deeper themes.

Could you elaborate on the constant taking of pictures within the film, and the use of a Facebook group to communicate the most intimate parts of their histories?

I really wanted to include contemporary technology which is really everywhere, especially amongst young people. Everybody is on Facebook, Instagram, or in Whatsapp groups so this is very much part of our life and I wanted to include it in the film.

Where did the idea to include the aboriginal village come from?

Before going to Taiwan I actually didn’t know there were aboriginal Taiwanese people, but I came to understand they have a very rich culture and Wei Te-seng has made a lot of films featuring aboriginal Taiwanese and it was his idea to include this in the script. So we did a lot of research and I really enjoyed this element as it makes the culture of Taiwan more complete.

How do you understand ‘creativity’ and what does it mean for your work.

Being creative is a requirement to make a creative work. But the most difficult part is how to make it work. How to go from the first concept towards the final product. From the idea of making a road trip movie to actually making it and having it shown on the screen is really the toughest part. I don’t know how much it is in other arts but making a film is very much teamwork it includes so many people with whom you must compromise and still be true to yourself and your creativity, but working together is like magic. Sometimes you make a compromise and you loose something of your original idea but the final result turns out to be better, so working together as a team can make everything better. I used to think if I could work by myself it would be best as I would have complete creative control, but now I enjoy the fun process of working together.