‘Banal Creativity’ — What Does It Mean To Be Creative for Hunan TV Practitioners? — Notes from the Field 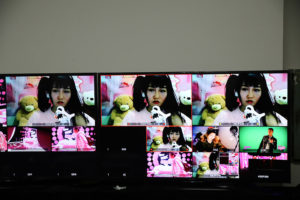 Abstract:
Throughout my fieldwork at Hunan Satellite Television in Changsha, television professionals have described HSTV as ‘creative.’ These notes show how television makers conceptualize and interpret creativity. On the one hand, creativity is sloganized and institutionalized and should be taken as meta-narrative that configures how HSTV and its employees describe themselves. On the other hand, in daily practice creativity is highly ambiguous, challenging the dichotomy between creativity and imitation. This conceptual space is where ‘banal creativity’ takes place, which refers to the opening-up of the domain of the creative, not challenging dominant discourses, but rather extending them. Through a comparison with shanzhai products—‘copies but not quite’—I show how banal creativity can hold a mirror to dominant Western conceptions.

‘Hunan TV is more creative than other TV stations.’ I have heard this statement over and over again when asking my interviewees what makes Hunan Satellite Television (HSTV) different from other TV stations. Its rise has been remarkable: largely since the turn of the century, HSTV has been the most popular provincial television station in China, despite its disparity in income, resources, and material compared to satellite television from richer provinces, such as Zhejiang or Shanghai. I set out to do fieldwork in Changsha, the capital of Hunan and basis of HSTV, for a period of 10 months (Sep 2015 – Jun 2016) to find out, in first instance, how it is possible that a television station from a poorer, non-coastal province could obtain the top spot among its more affluent competitors. And if the first answer of all my interviewees (who are or have all been HSTV employees) is that HSTV is more creative, then what does that mean? What does this creativity entail, and how is it understood? What does creativity mean for HSTV employees in their daily job? And how do their conceptions of creativity relate to global discourses? As Eitan Wilf argues earlier in this book, global conceptions of creativity are contingent on a Western-modern-romantic discourse. So how do Chinese television makers interpret this concept and how does it speak back? These field notes are based on 27 semi-structured interviews with television makers (producers, directors, scriptwriters, etc.) from HSTV, conducted in Changsha.

In 1997, the Radio and Television Bureau of Hunan Province (RTBHP) launched Hunan Satellite TV. Ever since its inception, HSTV has focused on producing alternative content, distinguishing itself from CCTV and other satellite stations, by focusing on interactive entertainment television (Zhong 2010, Keane 2002). It was the first station to productize localized versions of successful foreign formats, and still relies heavily on this strategy. However, in the week of 12-18 March, HSTV broadcasted only one foreign show: the fourth season of the localized version of the Korean show I am a singer, now rebranded as Singer. The main reason for this absence of foreign formats is a series of regulatory edicts issued since 2013 by the State Administration of Press, Publication, Radio, Film, and Television (SAPPRFT), the regulatory body for Chinese television, restricting foreign content. From 2014 onward, television stations have only been allowed to broadcast one foreign format per year. However, HSTV has found several ways to circumvent these restrictions.

When my interviewees state that HSTV is more creative, I always ask why. And they always remain silent for a few moments. Then the answer is twofold. First, they emphasize, creativity is institutionally stimulated. HSTV’s motto is ‘create or die’ and brands itself as a creative hub for its employees and as reason for its success. Most HSTV employees I spoke to emphasize their excellent in-house training academy, where aspiring television makers learn how to create successful programs. The organizational structure itself is geared towards stimulating creativity, they contend. There is no quagmire of management layers between the production teams and the leadership, and any employee—from shopping channel hosts to parking attendants—can come up with ideas for new programs that will seriously be considered. Of the thirty production teams, only ten can make a program at the same time; the other teams try to force their way in by developing new ideas and formats. If a production team has not produced a program that is selected for broadcasting for two years, the team is dissolved—literally ‘create or die’. However, when the term creativity is so institutionalized and even sloganized, perhaps it should primarily be taken as a meta-narrative that configures how HSTV and its employees describe themselves and their creative work.

The second answer points to HSTV’s development in the early 2000s. This was a time, they claim, when HSTV was really willing to experiment, and move into new areas in order to strengthen its position vis-à-vis its competitors. At this time, HSTV was one of the first Chinese television stations to produce localized versions of foreign television formats. Localizations of popular foreign dramas and reality shows, such as Taiwanese Meteor Garden and American Idols were highly successful, whereas HSTV’s version of Big Brother failed to catch on (Keane 2015, p. 86). Most of these programs were unlicensed, possible due to lax copyright enforcement in China. Production teams ‘cloned’ foreign formats, but by making minimal changes and giving them a different name, claimed them as originals.

Asking further, beyond institutionally advocated meta-narratives of creativity, into the meaning of creativity in the daily work of my informants, claims of creativity became more ambiguous. While on a meta-level, interviewees considered many of these programs to be copies, and not really examples of the ‘creative spirit’ of HSTV, they simultaneously claimed that on a micro-level, in their daily job, the localization process in itself was highly creative. Without a license, production teams lacked advice and support from the copyright owner, and thus it fell completely upon them to remake the show for a Chinese audience. But even when licensed, characters, symbols and narratives need to be omitted and/or adjusted in such a way that the program resonates with Chinese audiences, a process which according to my interviewees is creative in itself.

And whereas in some cases the links between a localized version of a program and a global format is quite clear, in other cases it becomes more complicated. One way in which HSTV stimulates the development of original content is by letting production teams watch foreign shows as inspiration to create new shows by combining elements from different shows. An interesting example is X-change (变形计), according to its producer loosely based on the UK-format Wife Swap. In this program, two families, usually from different social classes, swap wives/mothers for to weeks. The Chinese spin-off diverges in three important ways. Firstly, instead of the wife/mother, the child is being swapped; secondly, the swap lasts just one week (one month in later seasons); and thirdly, the program focuses more on urban-rural than class divisions; one child comes from a poor countryside village, while the other grows up in a rich urban family. The program has such a different outlook from the British format, that one production cast member who I interviewed was not even aware of its British origins.

While this idea of creativity might sound banal to Western audiences, I find that, based on my research, television makers make no clear binary distinction between creative and non-creative, or ‘original’ and ‘imitation’. One executive producer told me that he considered X-change to be 20% imitation, and 80% original. While no other interviewee explained it in such a clear way, others were unequivocally offended by terms such as ‘cloning’ or ‘copying’ when referring to their own work, which suggest that there is nothing creative or original about their endeavours. According to them, no matter whether a program is based on a foreign format, the process of localization entails extensive adjustments and omissions, character reformations, etc.—a creative process in their view, perhaps second-degree creativity, but which must at least be recognized as such. This conceptual space, which challenges the dichotomy between creativity and imitation, is where ‘banal creativity’ takes place. However, can we take these statements at face value?

I argue that we should. Interestingly, the opinions of my interviewees do not challenge Western conceptions of creativity, nor the all-pervasive global glorification of the ‘creative industries’ (Li 2011; Florida 2003). During the conversations I had with them, my interviewees never challenged Western-modern-romantic conceptions of creativity as being ‘unfit’ or ‘unsuitable’ for China. When talking about creativity on a meta-level, they pointed to the development of new formats, very much in line with the standards of global format trade. However, their claims of what I term banal creativity do not challenge this discourse, but rather extend the conceptual space where creativity can take place and should be recognized as such. Banal creativity thus refers to the opening-up of the domain of the creative, recognizing the daily creativities beyond the grand claims of originality and uniqueness vis-à-vis imitation and copying. Moreover, this wider conceptual space where banal creativity can take place is not just limited to the television industries.

My findings are closely related to the emergence of shanzhai culture since 2008. While resistant to clear definitions, shanzhai things typically emerged from grassroots interventions in production beyond the control of the authorities (Chubb 2015). Shanzhai products are ‘almost the same, but not quite’. Lin Zhang and Anthony Fung analyse how a shanzhai Spring Festival Gala emerged as a bottom-up challenge to the political and economic monopoly of CCTV’s annual Spring Festival gala (Zhang & Fung 2013). These grassroots creative interventions are disruptive of systems of domination, such as intellectual property (IP), since ‘it creates gaps in the systems of knowledge through which authority is exercised’ (Chubb 2015, p. 263). At the same time, many shanzhai products, such as phones and paintings, are deeply embedded in, and reliant on, the structures of global and national capitalist economic and consumer culture—localizations of global products for more practical local application.

Although the copying of formats has been marked shanzhai as well, and HSTV’s popularity is often perceived as a bottom-up challenge to the domination of CCTV, what matters is that shanzhai fills a similar conceptual space on the line between creativity and imitation. Shanzhai products challenge this dichotomy in similar ways. Creativity in shanzhai is loosened from its correlations of authenticity and originality. By making creative interventions in the production chain, shanzhai products are copies but not quite. In the same way, television makers regard the localization of foreign formats as a creative process. While these conceptions do not challenge the way in which the discourse of creativity revolves around Western-modern-romantic conceptions of authenticity and originality, they do destabilize its dichotomous position vis-à-vis possible antonyms such as imitation or mimicry and extends the conceptual space for creativity.

My argument is therefore not a Chinese challenge to the Western-modern-romantic discourse of creativity, pointing to some self-Orientalizing Chinese otherness. Rather, the results from my fieldwork, epitomized in the concept of banal creativity, calls for a conceptual extension of the recognition of creativity. The dichotomy between creativity, and related concepts such as originality on the one hand, and copying, mimicry, and imitation on the other, does not take the middle positions into consideration and moreover establishes a misleading idea of creativity and originality as ‘ex nihilo’. The concept does however serve to hold a mirror to the ideas of creativity featuring in Western countries. Closing off with an example from television, why should The Voice, The X-Factor, Idols, and the Got Talent franchises be regarded as original formats? They have so many elements in common, that their claims of originality as compared to a show like X-change seem negligible. 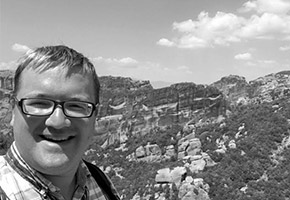