[Call for Papers] International postgraduate workshop on creative labour in East Asia and Beyond: work, subjectivity and alternatives in the global creative economies 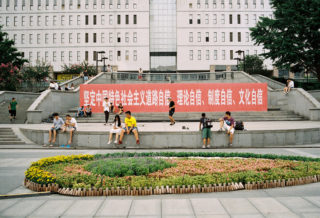 We invite abstract submissions from post-graduate and Ph.D researchers to a workshop on creative labour in East Asia.

Generally all human labour is potentially embodied with creativity (McGuigan 2010: 324). In the past two decades, however, the circulation of capital has delimited creativity as a definitive feature that distinguishes certain occupations in the so-called creative industries. Policy makers around the globe, following the 1990’s British government, embrace the ‘creative industries’ discourse and trumpet creative work for its bohemian spirit, autonomy and playfulness. Nevertheless, critiques have noted that the real situation of creative work is not as autonomous, self-expressive and fulfilling as imagined by creative-industry policies. Creative workers have become a creative precariat, suffering under precarious working conditions and surrounded by problems such as short-term contracts, unequal earnings and a lack of unions (Curtin and Sanson, 2016; Hesmondhalgh and Baker, 2011). Discourses surrounding creativity function as elements connected by the ‘creativity dispositif’, to implement job creation while also to discipline youthful population – to be creative (McRobbie 2016; Reckwitz 2017).

Most of these claims are elaborated from the perspective of western, ‘neoliberal’ creative industries. The critical language used often directs all discussion of ‘inequality’, ‘precarity’ and ‘self-exploitation’ of creative labour towards a critique of ‘neoliberalism’, thus running the risk of overlooking different socio-political contexts. The global hierarchy of creative industries and the national political atmosphere often affect the condition of creative labour and make the discourse of creativity function in different ways (Fung, 2016; Lin 2019). For example, in the case of China, culture and creativity are not only touted for ‘restructuring economy’, but also designated as instrument for wielding ‘soft power’ and maintaining social stability (Keane 2010).

To bring the global perspective to the study of creative production and creative labour, this workshop invites scholars from both global and regional (East Asian) contexts to engage with the above questions on the labour issues in contemporary cultural production, and to reflect upon the possibilities for good work and alternative creative economies brought by the interaction between the global capitalism and the local geopolitical economy.

Abstracts (max. 300 words) and short biographical notes (max. 100 words) need to be submitted to j.lin2@uva.nl by 7 February 2019. Accepted participants will be notified by 1 March 2019. Workshop participation is free of charge and we will cover the flight and accommodation expenses for selected speakers.

A selection of workshop papers will be published as special issue in a peer-reviewed journal.

The workshop is part of the ChinaCreative project (http://chinacreative.humanities.uva.nl) that is funded by a consolidator grant from the European Research Council. It is co-organized by the University of Amsterdam, Beijing Normal University and Hong Kong Baptist University.